One of the government’s most senior infrastructure advisors has pointed the finger of blame at ministers for causing cost overruns and delays to some of the UK’s largest infrastructure projects.

Chief executive of the Infrastructure and Projects Authority Nick Smallwood said that vague objectives and a lack of discipline within government departments had led to challenges in delivering public mega-projects on time and on budget. 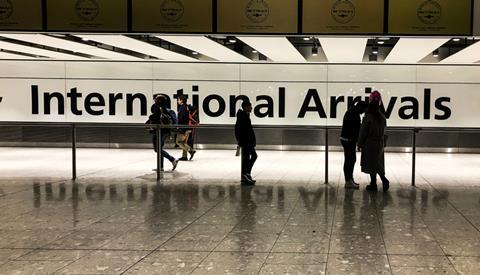 Smallwood told the Public Accounts Committee yesterday: “I think ministers and departments love to keep options open. We introduce a lot of change without discipline controls and late changes can kill a project.”

He said “all too often” departments develop two or three options when developing an outline business case for major projects, leading to a lack of “vigour” on the preferred option with choices on what the actual intended outcome of a project is being made too late.

A commission on expanding UK airport capacity was set up in 2012, recommending more than five years ago that a third runway be built at Heathrow airport. But work at the scheme has since ground to a halt because of lukewarm government support, a legal ruling and the impact on the aviation industry caused by the covid-19 pandemic.

Smallwood’s comments come two weeks after Highways England pulled the planning application for the £8bn Lower Thames Crossing, a project to build two 4.2km road tunnels beneath the Thames connecting Essex and Kent to reduce traffic on the Dartford Crossing.

Once built, the two 16m wide tunnels will have the largest diameter of any in Europe and will be the third largest in the world, accommodating three lanes of traffic with a 70mph speed limit.

But Smallwood said the IPA had refused to support the outline business case for the project, telling Highways England its delivery schedule was “unachievable” and that it needed “a much stronger governance model”.

He added: “Yes it’s still an ambitious project, yes it still has some challenges, but they’ve gone away and thought long and hard and actually addressed the very issues that will get them outline business case support to proceed.”

Smallwood warned other schemes which had not bottomed out their business cases to expect similar action. “[We are] getting a very strong mandate from number 10 and the chancellor to work with the Treasury and quite frankly not fund and support those projects that are not in a fit condition to proceed.”

Asked by Labour MP Nick Smith why projects like Crossrail had been so challenging to deliver, IPA deputy chief executive Matthew Vickerstaff said: “We’ve spent a lot of time reflecting on this. Undoubtedly, there is an increasing challenge around systems integration.”

He added: “This is not just economic infrastructure but also rail projects, signalling systems and how those are integrated, especially when you’re running three services at the same time, overland, underground and then perhaps a new system like Crossrail.

He said the same was true of hospital construction and defence projects, and that the problem was a symptom of how projects and systems had evolved over time.

“If you take Crossrail, historically probably 20 years ago people would have been concerned about ground conditions and tunnelling risk but actually the systems integration is equally problematic and needs a very strong focus.”

The comments echo those made by Crossrail chairman Tony Meggs in September, who said that major projects like Crossrail should be thought of as “complex system integration projects” rather than civil engineering jobs.

Jacobs, which has been appointed to oversee the £19bn project, warned yesterday that the railway could face further delays because of a slowdown in spending. Originally scheduled to open in 2018, it is now not due to open before the first half of 2022, with trial running at the central section’s problem Bond Street station still yet to start.