The BBC has chosen Graham to carry out a £25m revamp of its Northern Irish base – a tonic for the firm after pre-tax profit slipped one third in its last set of results.

The Northern Irish contractor is set to work on the corporation’s Broadcasting House home in Belfast.

This has been designed to improve public access and support Belfast council’s vision of Broadcasting House acting as a gateway to City Hall.

Sheppard Robson is main architect and interiors architect on the scheme.

A spokesperson for the BBC said: "The construction firm [Graham] successfully tendered for the provision of pre-construction services. The investment to BBC Broadcasting House in Belfast, announced in March last year, will transform the iconic building, its technology and facilities."

The main construction package, which is due to run for just over three years, is expected to start this December and finish in January 2023.

Broadcasting House was drawn up in 1936 by Scottish architect James Millar and opened in 1941.

The firm said it was targeting 3% margins in its current financial year and had forecast revenue to be £875m. 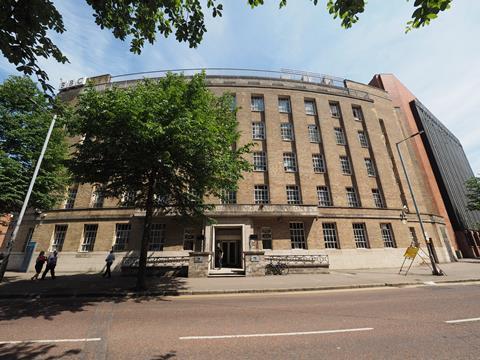 The neo-Georgian style building was opened in 1941