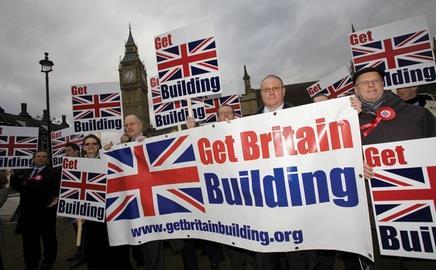 Construction’s largest ever coalition of industry forces met at Westminster this week to demand that the government intervene to prevent the predicted 300,000 job losses in the sector in 2009

The Get Britain Building campaign, launched on Tuesday, was attended by almost 100 industry leaders. The campaign suggests 10 measures, including getting banks to lend to small businesses, launching a strategy for making existing homes more energy efficient and cutting VAT for all repair and maintenance work to from 17.5% to 5%.

But Labour MP John Spellar deflected questions as to why it had not yet been implemented, saying he could not discuss tax before the Budget.

Mike Leonard, director of the Modern Masonry Alliance, told MPs the government needed to “stop hiding from the VAT issue”. “It needs to stop dancing around handbags,” he said.

To back the campaign go to www.getbritainbuilding.org