Plans include a new hotel and housing for the Oxford town 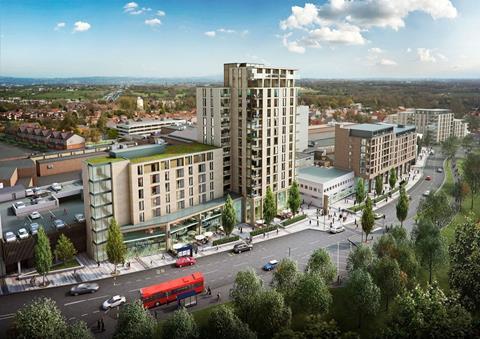 Plans for a £60m mixed-use scheme in Cowley by investor and developer NewRiver have been given the go-ahead by Oxford city council.

Called Templars Square, the development will also include a hotel and new restaurants.

New public realm is also part of the proposals. Others working on the scheme for developer NewRiver include property consultant GL Hearn and landscape architect Macgregor Smith.

Jamie Whitfield, development director at NewRiver, said: “We have been working alongside the council and the local residents over two years, and as a long-term investor in the town, we look forward to introducing new restaurants, homes, a hotel, jobs to the area and revitalising the tired entrances and public realm.”

The developer said it is working up the programme at present and building contractors have not yet been appointed.