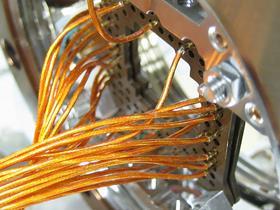 Endless LLP had already reached a deal to invest in the UK arm of the now-defunct Dutch-based Royal Imtech at the beginning of September.

The UK-arm of the business, which reported annual turnover of £645m for the 2013 calendar year, was not included in the bankruptcy proceedings of Royal Imtech and continued to operate under its management.

However, Imtech UK’s waste, water and energy division did fall into administration following its exclusion from the refinancing deal, leaving 69 jobs under threat.

A spokesperson confirmed that Galliford Try and Laing O’Rourke were among contractors in talks about employing some staff members from the water, waste and energy business.

The regualtor’s approval of the deal safeguards the future of over 700 jobs at Imtech Suir and takes Endless LLP’s portfolio revenues to over £3bn.

A spokesperson from Endless LLP said: “Imtech UK & Ireland are profitable, well run businesses which through no fault of their own have experienced a short period of uncertainty following their Dutch parent’s insolvency.

“That was caused by troubles at the German subsidiary. We are moving quickly to provide Paul and his team with the funds they need to get this profitable business back to normality and properly capitalised again. We look forward to helping them grow their business in the coming years.”