Plans by EPR Architects to add an extra four storeys to a building in the City of London have been given the green light by Corporation of London planners – despite objections from local heritage bodies.

The scheme at 60 London Wall, which is close to Liverpool Street station, will see the building raised to 12 storeys running across nearly 30,000sq m of office space along along with 1,700sq m of retail at ground and basement level.

But the City Heritage Society and the area’s conservation advisory committee had both raised concerns about the height and bulk of the scheme.

The building, which was bought last year by property investor LaSalle, used to be headquarters of Dutch bank ING.

Work on the project is expected to complete in spring 2019.

Developer on the scheme is Citygrove Securities, the QS is Exigere and the structural engineer is Heyne Tillett. Citygrove is doing the project management in house, while contractor selection is underway. 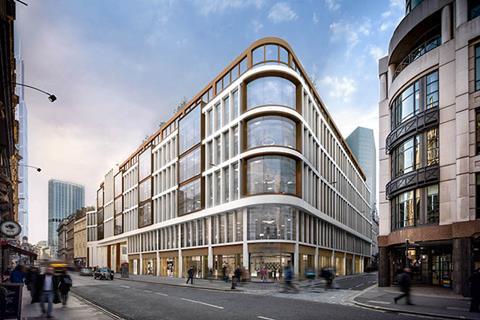 The scheme will now be 12 storeys high