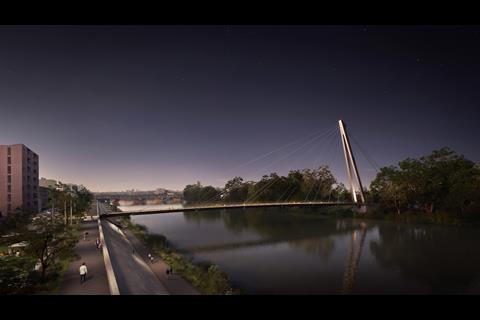 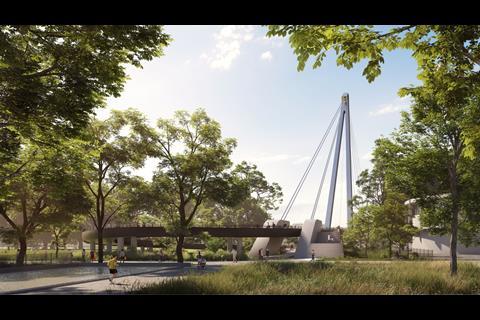 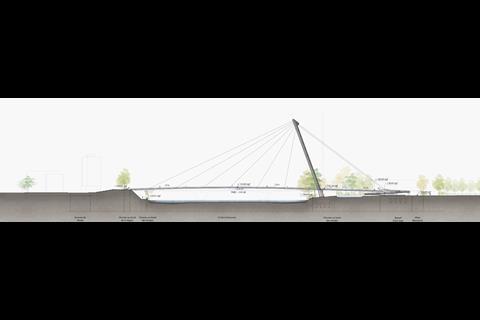 Grimshaw Architects has been picked to deliver a new 160m bridge for pedestrians and cyclists in the south-west France city of Toulouse.

The structure will provide a new connection to the Ile de Ramier, in the River Garonne, which is part of a regeneration project to create a new “green lung” for the city.

Grimshaw is working with French civil engineering giant Eiffage and Toulouse-based practice PPA Architectures on the Rapas Bridge project, which is one of two bridges selected in the competition run by Toulouse Metropole.

Alice Barrois, Grimshaw’s lead architect for the project, said the bridge – which features a 60m-tall inverted “V” mast supporting its cable stays – would be a new addition to the “rich architectural character” of Toulouse.

On the city side, Grimshaw’s bridge links directly to the embankment with access to the river promenade and the city cycle route. On the island side, the bridge descends into the park via a 360-degree sloping concrete ramp and stairway, designed to mitigate against potential flooding from the river.

The Rapas Bridge would be the first project by the practice to be built in France in 40 years.

Construction on the project is due to start in July.