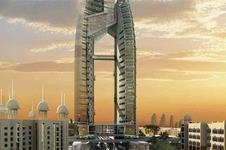 Group Five, a listed South African contractor, has become the latest firm to report that several contracts in the Middle East have been cancelled.

The company said: “This is catered for in the contracts, and the contractor has recovery rights and will be fully compensated for its cost incurred.”

The firm and its local partner, Al Naboodah, have begun standing down staff.

Group Five set up an office in Dubai back in 2003 and three years ago said the region, along with Africa, the Middle East and Eastern Europe, was one of its core areas.

Murray & Roberts, another South African contractor, has also been affected by the slowdown and last week it said that a $545m (£395m) beach-front resort in Bahrain had been cancelled.

Last month, Murray & Roberts was forced to stop work on the Trump Tower mixed-use scheme in Dubai which was being developed by Nakheel, a local developer that recently laid off 500 people.