Hackney council will formally object to the 6,870-home proposals for the redevelopment of the Olympic park 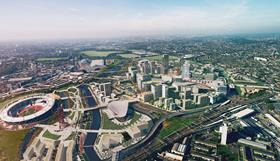 Hackney council will formally object to the 6,870-home proposals for the redevelopment of the Olympic park when the application is decided next week.

Officials at the Olympic Delivery Authority’s (ODA) Planning Decisions Team, the planning authority for the area until the London Legacy Development Corporation (LLDC) takes over in October, have recommended the scheme be approved by the ODA planning committee, despite Hackney’s objection.

Other London boroughs affected by the scheme, including Newham, have withdrawn initial objections following amendments made in February to address concerns over how the plan fitted with local economic growth targets.

However, Hackney council wrote to planners on 1 June saying it was “concerned that the proposals in too many fundamental ways do not deliver the legacy that Hackney wanted to see” and that it had resolved to object.

The decision is due to be made by the ODA’s planning committee, which includes members from each of the four local boroughs, on 26 June.

The news comes shortly after LLDC chief executive Andrew Altman said he would step down after the Games. Altman announced this week that he would leave the organisation in August as the LLDC entered “a new phase focused on construction”.