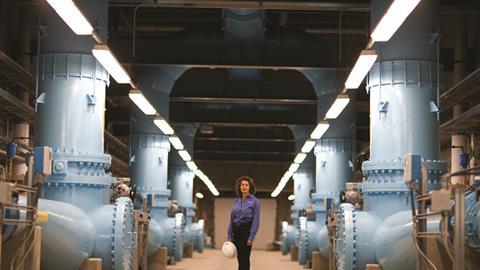 CH2M Hill’s swoop for Halcrow marks the latest chapter in an industry-wide consolidation intended to satisfy clients and deal with growing competition from the East, industry experts said this week, writes the Building newsdesk.

Industry leaders welcomed the £230m deal for one of civil engineering’s most respected names, as a sensible move in response to the industry’s accelerating globalisation.

The takeover - expected to be finalised in November - follows CH2M Hill’s unsuccessful pursuit of Scott Wilson, which was bought by rival URS last year.

Jeremy Horner, chief executive of Europe and the Middle East at Davis Langdon, which was bought by US-based Aecom in a similar deal last year, said: “Clients are looking for an integrated offer. I see this as vindication of the strategy that we’re on.

“It’s increasingly happening, as we saw with the URS-Scott Wilson deal. The firms who need to worry are the ones who don’t have a plan in that regard.”

Hanif Kara, founding partner of structural engineer Adams Kara Taylor, said: “It’s important you have organisations like this to compete with China and India. Otherwise there’s a risk our firms will get left behind. This tie-up will give Halcrow the capacity to compete.”

But he said he felt a degree of sadness that one of British engineering’s most historic names - founded in 1868 and famous for projects ranging from Second World War tunnelling to Crossrail - had been “swallowed up”.

Mark Whitby, director of structural engineer Davies Maguire + Whitby, said: “I don’t blame Halcrow for selling up. The extent of the recession is having an impact on everybody - the option of selling provides a very safe future for the business.”

But he warned the trend for “big companies getting bigger” may not last. “Many clients do want a one-stop shop, but I’m not sure that’s for everybody. There could be a moment where we eventually end up with a few dinosaurs.”

President of CH2M Hill’s facilities and infrastructure division Jacqueline Rast - who will head the merged company’s operations outside of the US - said the move aimed to meet the demands of clients who increasingly wanted a wide range of services delivered by a trusted firm with bases throughout the world.

Who is Jacqueline Rast?

﻿Jacqueline Rast, known as Jacque, is a civil engineer by training with 30 years’ experience in the engineering and construction industry.

The personable Italian-American knows the UK well, having overseen CH2M Hill’s involvement in multi-billion pound projects in this country including the 2012 Olympic Games, Crossrail and the Thames Tideway tunnel.

Further afield, she has helped deliver other prestigious schemes including the Masdar sustainable city in Abu Dhabi and the Panama Canal extension.

Educated at Pennsylvania State University, Rast has a varied background including operating and selling a successful management consultancy firm and specialises in programme management, which she sees as vital to delivering complex projects on time and budget. A member of CH2M Hill’s board of directors, Rast says she is passionate about the firm’s localist approach and its promotion of women to senior positions.