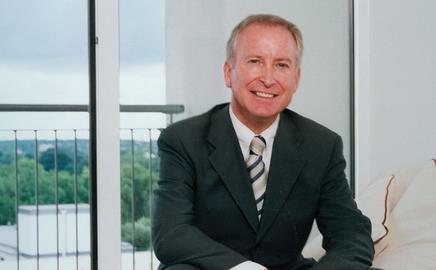 The Home Builders Federation (HBF) has asked David Pretty, Barratt’s former chief executive, to chair a board that promotes the industry and champions the needs of first-time buyers.

Stewart Baseley, executive chairman of the HBF, announced at the organisation’s annual general meeting this week that Pretty had agreed to lead the New Homes Marketing Board.

His remit is to revamp the board, which was set up in 1982 to promote the industry, the benefits of new homes and the need for new housing. Pretty replaces Mick Noble, who has held the position for the past nine years.

Pretty said he aimed to win wider public backing for new housebuilding by using the board to champion the needs of would-be homeowners struggling to get a foot on the property ladder.

He said: “We want to win hearts and minds and inform the general public of the benefits that the industry contributes to the economy.”

The board will also take over responsibility for overseeing the annual home buyers public survey, carried out jointly by the HBF and the National House Builders Council, and will take the lead on developing the HBF’s customer-driven strategy.

Baseley said: “I am delighted because it’s not every day we get the opportunity to ask somebody of David’s experience.”

Paul Pedley, Redrow Homes’ deputy chairman, also welcomed Pretty’s appointment. He said: “There is an ideal opportunity here for us to differentiate our product from what we were doing 10 years ago. There have been a lot of changes and the product we are building is much better, but there are going to be even more changes over the next 10 years.”

Two weeks ago, retirement home specialist McCarthy & Stone announced that Pretty had joined its board as a non-executive director.

He has also become a trustee of the Prince’s Regeneration Trust.

Pretty retired from Barratt at the end of last year after 38 years with the company, during which he sold a new house in Dulwich to former prime minister Margaret Thatcher.