Heathrow confident it would meet green targets with third runway 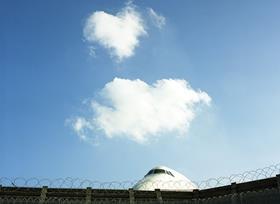 Heathrow has set out detailed plans on how it intends to meet carbon emissions targets, air quality limits and noise restrictions set out by Howard Davies’ Airports Commission.

Westminster’s Environmental Audit Committee is holding an inquiry into the implications for government commitments on carbon emissions, air quality and noise should Davies’ Airports Commission’s recommendation of a third runway at Heathrow be adopted.

Heathrow has responded to the inquiry by outlining how its third runway plans can meet its commitment of reducing the number of people affected by noise from the airport by 200,000.

The airport said it is “confident that it can deliver emissions reductions targets surpassing the conservative calculations prepared by the commission”.

Matt Gorman, Heathrow’s director of sustainability, said: “This is a plan which doesn’t force a choice between the environment and the economy, it will deliver for both.

“We have gone back to the drawing board, designed an improved approach and put forward a proposal for expansion unanimously recommended by the Airports Commission.”

In its recommendations for a third runway at Heathrow, the Airports Commission’s final report stated that Heathrow was compatible with the government’s target of 37.5MtCO2 emissions from aviation by 2050.

On noise, the commission stated that an expanded Heathrow with a third runway “would not inflict more noise nuisance on more people than it does today”.

However, the commission pointed out that Gatwick’s proposal for a second runway “performs best” against the commission’s objective to improve air quality in line with EU standards.