Heathrow reveals plans to have M25 and river under new runway

Airport has released its preferred masterplan for consultation

A new third runway at Heathrow would run over a rerouted stretch of the M25 as well as a diverted river under plans unveiled for consultation today.

The UK’s largest airport has revealed a 250-page document proposing a sweeping overhaul of buildings and infrastructure at and around its site in west London – with four phases set finish between 2026 and 2050.

Phase one of Heathrow’s preferred masterplan (pictured) would see the construction of a new runway and associated taxiway connections, diverting two rivers and two local A-roads, as well as the realignment of a railhead.

It would also include dropping the M25 so it passes through a tunnel under the runway, moving an immigration removal centre. 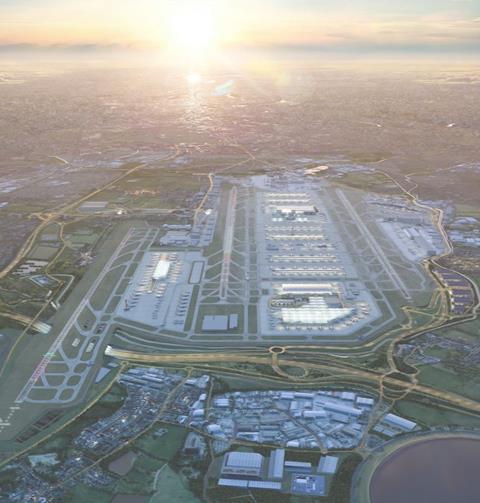 Consultation on the plans is running until 13 September, with an application for a development consent order due to be lodged in spring 2020 ahead of construction start in 2022.