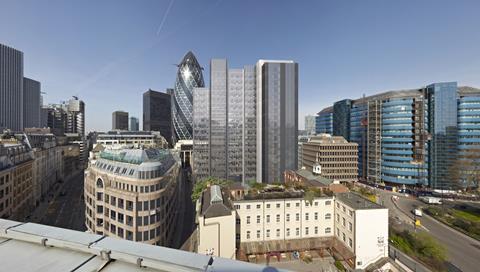 Developer Helical Bar is to restart its delayed 19-storey Mitre Square project in the City of London.

In a trading statement today Helical Bar said it was planning to start construction on the scheme this year and had secured a financial partner for the scheme.

The £108m scheme will see the creation of 42,000sq m of offices, and demolition of the existing building is now complete.

The firm also started work on the construction of a new office at 211 Old Street in January, as well as receiving planning permission for its Kings Street development joint venture with Grainger.

He said: “The London office development programme will provide the potential for substantial additional profit in the next few years alongside our mixed-use scheme at Barts Square, London EC1, which is due to commence in January 2015.”

Both Barts Square and Mitre Square have been designed by Sheppard Robson.

As Building revealed last year, Balfour Beatty, Skanska and Carillion were in the running for the office scheme before it was placed on hold.