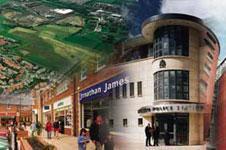 Developer and construction group Henry Boot has warned that writedowns on its property portfolio in 2008 have hit the company harder than expected.

In a trading update this morning, the company said that falling valuations have forced it to reassess the value of work in progress as well as completed developments.

It said: “These adjustments have together resulted in a higher than expected property revaluation deficit at 31 December 2008.”

Apart from the writedowns, the company said that trading in 2008 was broadly in line with its expectations - primarily due to land sales achieved in the first nine months of the year.

It has also cut net debt and ended the year with gearing (debt divided by equity) of about 26%, compared with 39% at the year end in 2007.

Henry Boot said: “We plan to reduce net debt further still during 2009 and this will provide us with scope to take advantage of market opportunities which may arise in the future.”

The firm said its construction division performed well and that expectations for 2009 are achievable, although its plant hire division is expected to suffer from what it called the “very serious slowdown in housebuilding activity”.