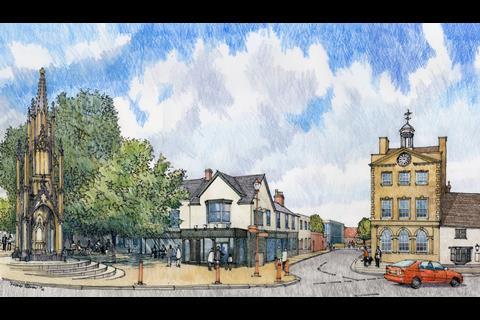 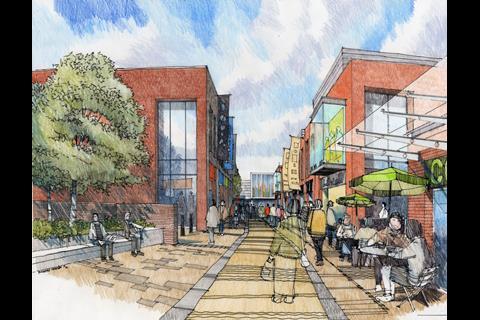 Developer Henry Boot has submitted plans for a £50m retail and leisure scheme in Daventry, Northamptonshire

The Marchini Curran Associates-designed (MCa) proposals would see an extra 180,000 sq ft of shops and leisure facilities created, including 20 new stores as well as a supermarket, cinema and library.

Depending on planning permission from Daventry council, the development at Mulberry Place in Daventry town centre,should start in early 2014.

Andrew Bull, a project director at Nottingham-based MCa, said: “This is a tremendously ambitious and exciting scheme.  The plans have been developed to make the centre much more appealing and more accessible so that footfall will be increased significantly.”

“There have been several rounds of consultation which have helped to shape the plans.  The feedback has been used to inform our work, for example retaining key features on the site such as the Lime Tree and North Street.

“The plans will create a modern centre which is sympathetic to the historic environment. The new development will bring life back into the heart of the conservation area.

“We are delighted that the plans have now been submitted and, if approved, they are sure to revitalise the town centre.”