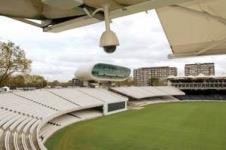 Plans will increase capacity by 7,500 but take 10 years to complete

The plans will see the capacity of the ground increased by 7,500, and the development paid for by the sale of luxury flats worth up to £1.4m each, according to the paper.

The ground, run by Marylebone Cricket Club and seen as the home of world cricket, will also consider selling naming rights to the new stadium. In addition, the redevelopment will include a museum of cricket, a cricket academy and a brasserie.

Herzog & de Meuron was selected for the job in July last year, but it has been hit by reports of delays since then. Work is likely to begin in 2011 at the earliest, with planning permission still required. The Times says the development is likely to take 10 years to complete, requiring the demolition and rebuilding of five existing stands.