The case centred on a former Territorial Army site 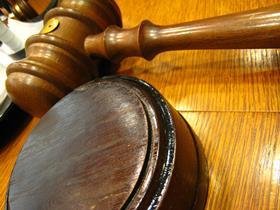 A High Court judge has backed Islington Council’s decision to knock back a developer’s plans after a drawn out battle over affordable homes.

Developer Parkhurst Road Limited took the case to the High Court after failing to get planning permission for the project.

An initial planning application was submitted in 2013, the year the developer bought the former Territorial Army site, with the council twice rejecting the application based on the grounds of not providing enough affordable housing and other matters.

The case centres around the viability assessment of development and, in particular, how the price of land should be determined in planning, which the Islington council said was a tool increasingly used by developers and their viability consultants in recent years to avoid complying with planning requirements on affordable housing.

Two public inquiries were held, both of which were won by Islington Council, with the level of affordable housing provided on the scheme was being justified by the developer on factors such as the purchase price paid for the site and land transactions of other schemes.

Following the second public inquiry held in early 2017 an independent planning inspector appointed by the secretary of state upheld Islington’s refusal of planning permission in his decision of 19 June 2017.

The developer then mounted a legal challenge against the planning inspector’s decision in the High Court.

Last Friday the legal challenge was dismissed on all three grounds put forward by the developer.

Responding to the judgement, an Islington Council spokesperson said: “We are delighted by the High Court judgement. This decision reinforces Islington Council’s long standing position that developers should abide by the councils’ planning guidelines, rather than overpaying for land and then trying to bypass our affordable housing requirements.

“We believe that everyone should have somewhere to live that is affordable, decent and secure, and developers must respect these important priorities when they purchase sites in Islington.”

A spokesperson for Parkhurst Road Limited said: “We are disappointed with the High Court’s decision. We acquired the site from the Ministry of Defence through a competitive bidding process in 2013, and our approach to viability was previously approved by the Planning Inspectorate at appeal in 2015.

“Our track record in Islington speaks for itself. All our schemes deliver significant amount of affordable homes and jobs that help build thriving mixed communities. It is therefore extremely disappointing that the site remains empty after five years and is not delivering much-needed homes for Londoners. We are currently reviewing our options for the site.”