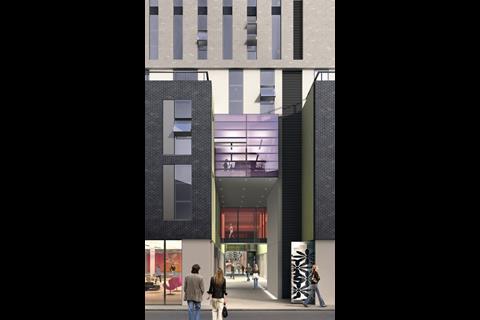 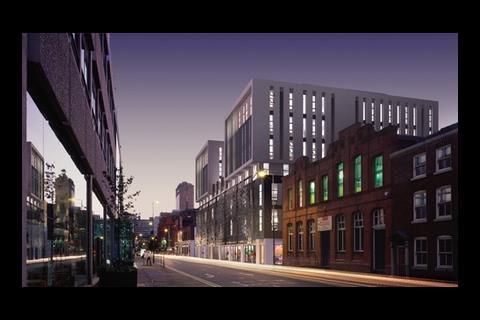 Architect’s design for £11.5m sustainable office building has been given go ahead by Manchester City Council

HKR Architects' plans for Phase 1 of The Hive in Manchester have been granted planning permission by Manchester City Council.

The £11.5 million, 75,000 sq ft sustainable office building on Stevenson Square in Manchester’s Northern Quarter is being buit for client Argent.

The proposed scheme forms part of a wider masterplan produced by HKR in early 2006 for two key sites adjacent to Stevenson Square.

HKR said The Hive was aimed at Manchester's creative industries.