HOK and BDP in battle for £112m Danish hospital job 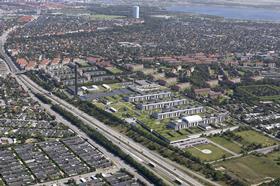 Two UK architects are set to battle it out in an international competition to design a £112m extension to a super-hospital in Denmark.

HOK and BDP are on a shortlist of seven teams competing to build the new section of the Hvidovre Hospital in Copenhagen, worth DKK1.04bn.

The Hvidovre Hospital is one of four district hospitals in the region and currently totals 300,000sqm.

The 30,800sqm extension will include the emergency department, maternity and children’s facilities and the cardiology department.

Andrew Barraclough, director at HOK, said “This is an important project for the local community in Copenhagen and forms part of Denmark’s major investment in its healthcare infrastructure.”