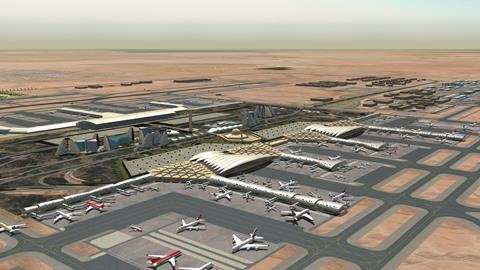 A team including architect HOK has been awarded the contract to design a US$800m expansion of Riyadh Airport in Saudi Arabia.

The team will design the expansion of the existing terminals 3 and 4, increasing the airports capacity to up to 25 million passengers a year.

He added: “The expansion of terminals 3 and 4 will be vital in allowing the airport to meet increasing demand and support the country’s growing economy.”