Homes England has brought in the Building Research Establishment and the Design Council to help it draw up strict new rules for developments that it funds or procures.

The chair of the government’s housing quango, Peter Freeman (pictured, right), said in a speech this morning that the agency had partnered with the BRE and Design Council – which incorporates the former housing design advisor Cabe – to draw up a “strategic framework for the agency”. 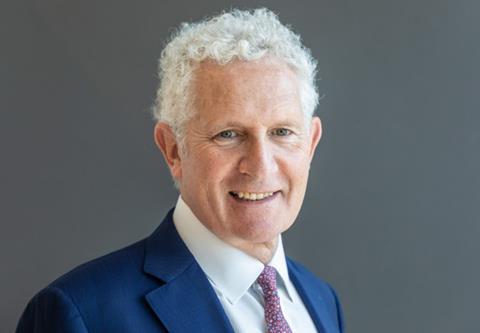 Homes England oversees the administration of the £12bn affordable housing programme, as well as managing the sale and delivery of a raft of public land for housing, and it is thought the framework standards could apply to both.

Argent founder Freeman, who was appointed chair of Homes England last summer, said: “This framework and the partnership between the three industry-leading organisations will set an ambitious, long-term roadmap for Homes England to leverage its leadership and convening role in the housebuilding sector.”

The comments, in Freeman’s first speech since Hyde Group chief executive Peter Denton was appointed as the body’s new chief executive, come after Homes England’s executive director Stephen Kinsella in April told Housing Today there was a “live” discussion about the body setting tough new standards in the areas of net zero, biodiversity, design, and modern methods of construction.

At the time Kinsella said the agency was asking whether to “set higher standards” and “additional obligations on developers” in order “to show leadership, and more importantly to allow the industry to understand and learn before they need to deliver before new requirements on all their sites”.

He said at the time that these standards, if brought in, would apply to both to its £450m land trading operation but also to its grant funding programmes.

A spokesperson for Homes England confirmed today that Freeman’s speech was referring to the same thing.

Freeman said the new framework would build on its existing use of the Building for a Healthy Life tool, produced by Design for Homes and the NHS. He said: “We are absolutely committed to using our influence and expertise to drive up the quality and pace of sustainable development.”

Freeman referenced his own experience on Argent’s regeneration projects in Kings Cross and Brindley Place, as well as the Nansledan urban extension of Newquay carried out on Duchy of Cornwall land (pictured, right), as good examples of design in practice.

Freeman confirmed that the agency was currently drawing up a new strategic plan for its future direction, launched after the previous chief executive, Nick Walkley, left the body in January. Freeman said: “You’ll hear more from us this year on the direction of the agency, with a new strategic plan set to be produced as we get ourselves in the best position possible to respond to the government’s housing objectives.”