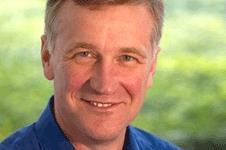 The managing director of Hopkins Architects has decided to leave the practice following a recent sabbatical.

Bill Taylor, who has been at Hopkins for nearly 30 years and in his latest role for eight, will now concentrate on the development of a site he owns, according to a statement released this week.

The statement added: “He [Taylor] has made a major contribution to the quality, range and diversity of the practice’s work, particularly in the area of sustainable architecture. We owe him an immense debt of gratitude, and hope he will be involved in some way in the future.”

As a result of the move, Hopkins will revert to a partnership structure on 31 March. The practice said that “all concerned feel it is a positive development”.