Hotel plan for Mayfair's US Embassy 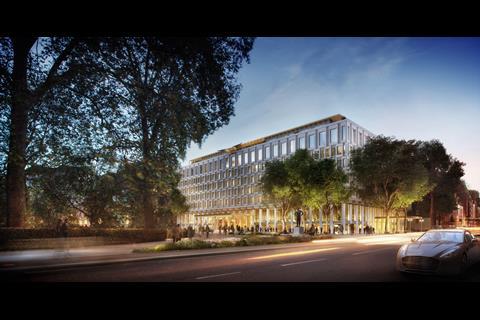 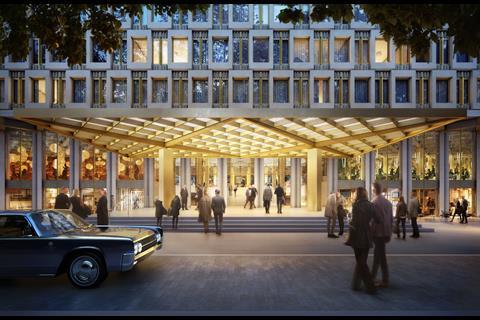 The plans will see a hotel, retail and event space created

Images have been unveiled of Sir David Chipperfield’s designs for the soon-to-be-former US Embassy at 30 Grosvenor Square in London.

Following the US Embassy’s re-location to Nine Elms in Battersea, developer Qatari Diar plan to overhaul the imposing building into a mixed-use scheme comprising a hotel, retail and event space. The project is being delivered in partnership with Grosvenor Estate. It will include 137 guest rooms, five restaurants, six flagship retail units, a spa and a 1,000 person ballroom.

Plans are expected to be submitted to Westminster City Council in May following a public exhibition which will run from the 11th to 16th April at 24 Grosvenor Hill.

Holmes said the company was committed to taking and “in-depth and thorough engagement,” adding it was vitally important for everyone to have a say in the redevelopment.

The eminent architect said the proposals “respect the significant architectural and structural characteristics of Eero Saarinen’s design, with a focus on restoring and enhancing this unique building to secure its long-term future at the heart of Mayfair.”