East Anglia to lead the way with inflation of 8% - as shortfall in supply drives up prices across the UK, according to the RICS 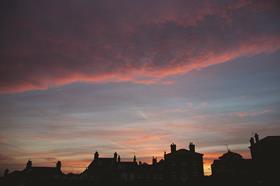 East Anglia is forecast to see the largest house price increases next year - of 8% - amid average house price inflation of 6% across the UK, according to the RICS.

The RICS housing forecast for 2016 points to a continuing shortfall in supply that will push house prices up further.

Although housing has climbed the policy agenda, with supply issues dominating the private housing market, the RICS forecast suggests the likely increase in prices in 2016 will outstrip any rise in household income.

The North-east is likely to see more modest price rises with a predicted increase of 3%.

Transactions will edge up to between 1.25 and 1.3 million, up from 1.22 million in 2015, with the strongest areas of the UK for transaction levels is forecast to be the North East, Wales, Scotland and Northern Ireland, continuing trends seen this year.

The cost of renting is forecast to grow 3%.

Simon Rubinsohn, RICS chief economist, commented: “Housing has clearly leapt up the government’s agenda but despite the raft of initiatives announced over the past year, the lags involved in development mean that prices, and for that matter rents, are likely to rise further over the next twelve months. Lack of stock will continue to be the principal driver of this trend but the likely persistence of cheap money will compound it for the time being.

“Looking further out, there is some justification for taking a more optimistic view of new build with significant incentives being put in place to deliver starter homes. While this may not on its own stem the upward trend in house prices, it could help to slow the rate of growth to something closer to the probable rise in household incomes.

“Critically our principal concern with the measures announced by the government is that they are overly focused on promoting home ownership at the expense of other tenures. Discouraging Buy to Let could see private rents take even more of the strain if institutional investment doesn’t increase significantly, particularly given the likely reduced flows of social rent property going forward.”

Jeremy Blackburn, RICS head of policy, commented: “There have been many welcome supply side measures in the Productivity Plan to balance the likes of Help to Buy. The brownfield fund, local plan enforcement and new development corporations should help get more homes built, and the passage of the Housing & Planning Bill is key. We still, however, need to help councils, housing associations and community land trusts get building in order to get anywhere close to a co-ordinated and coherent strategy across all tenures.

“Ramping up housing supply is positive, but homeownership should not be the only game in town given the amount of private rented accommodation we need. A mix of market and rented housing is required and Starter Homes should not be seen as the panacea to solving the housing crisis but as forming part of a larger mix to meet the wide range of housing need the country is crying out for.”