Potential of sites will held back until ministers grasp the nettle, say trade groups

Housebuilders have warned the government its ambitions for new housing developments will be thwarted unless ministers take “serious steps” towards reforming the planning system. 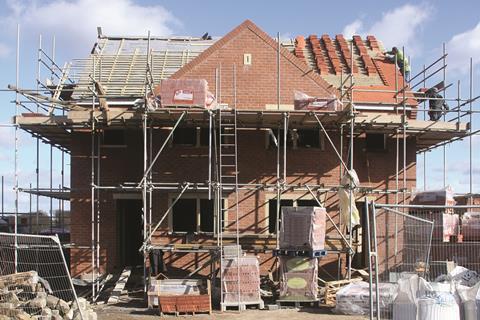 Last week the government announced a £250m package to build around 25,000 new homes on several sites, including former MoD facilities and the 2012 Olympic Games site in east London, as well as backing a series of road improvement schemes in Cumbria and the south west.

But while it welcomed the government for investing directly in land, infrastructure and housing to unlock residential development, the National Federation of Builders said many sites would remain locked unless ministers “took more serious steps toward planning reform”.

And Rico Wojtulewicz, head of housing and planning policy at the House Builders Association, argued the planning system needed to be sorted out for all players in the industry to benefit from such schemes.

“The government must fix the barriers non-government partners face because we cannot fix the housing crisis with big and public sector builders getting the easier ride. Planning reform has to benefit the whole industry.”

Last Thursday the government announced a deal by Homes England to build more than 10,000 homes on MoD land on seven military bases across the UK, 1,500 homes in the Queen Elizabeth Olympic Park in east London via a £78m funding loan, and up to 650 homes at Welwyn Garden City and Hatfield.

Ministers also revealed a £157m package to pay for a new M6 motorway link road in Cumbria and road improvements in south Devon.

The MHCLG has not yet said when work on these schemes would start.