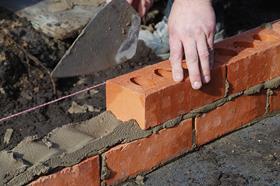 Housebuilders have warned of the impact of the rising cost of supplies and labour as the resurgent housing market increases pressure on supply chains.

Steve Morgan, Redrow chief executive, warned that the cost of building a house may rise by as much as 3-4% because of the growing pressure on supply chains.

Speaking after his firm reported pre-tax profits for the year to 30 June up 63% last week, Morgan said increasing demand for materials and labour to build homes was likely to cause construction cost inflation.

The warning comes as construction recruitment companies said bricklayers’ pay surged 20% in the past six months, with salaries for bricklayers now topping £40,000 as firms compete for skilled workers.

Morgan said: “The upturn seems to have caught the supply chain on the hop a bit. We think we’re not as badly affected as others because of the relationship we’ve developed with our supply chain over many years. But there are issues with blocks and roof tiles. We’re hoping that is short term and that brick and block makers are stepping up production. At the moment we don’t know when the supply chain will get its act together.”

Redrow is one of a number of housebuilders to have flagged cost pressures in their supply chains in recent financial statements.

The pressures have developed as housebuilders have scrambled to increase construction following improving sales rates in response to the government’s Help to Buy initiative, launched in April.

Galliford Try chief executive Greg Fitzgerald said there was “a bit of panic” in the industry around the supply of bricks and insulation blocks following the introduction of Help to Buy. Stephen Stone, chief executive of Crest Nicholson, said the firm had resorted to importing 75% of its concrete blocks from Europe after suppliers had been unable to meet demand.

“This is costing us about £300 in extra transport costs per house to get the blocks over, but is significantly cheaper than leaving half-built houses until the UK producers can up their supply,” Stone said.

Stone added that lead-in times for bricks and roof tiles had gone from six to 12 weeks, and that he could forsee labour costs rising further. However, he said increases in build costs was more than being covered by increases in sales prices. “Build inflation won’t be more than sales inflation,” he said.