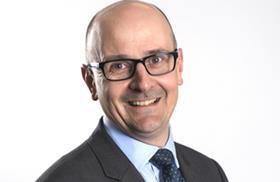 HS2 has appointed David Poole as its new procurement and supply chain director. He will join from Highways England in mid-March, based at HS2’s head office in Birmingham.

Poole (pictured) has been at Highways England for nine years, having initially joined the then Highways Agency as procurement director, before becoming executive director for procurement and commercial activities in 2013.

In his most recent role he was responsible for contracting, procurement, commercial assurance, governance and efficiency delivery across £3.5bn a year of supply chain spending.

Commenting on Poole’s appointment, HS2 chief executive Mark Thurston said: “His experience of managing large scale procurement and complex supply chains will be invaluable as we continue to recruit the contractors we need to deliver the railway on time and on budget.

“This includes, four new stations, railway systems and the state-of-the-art trains that will run on them.”

Work on HS2, the high speed railway that will link London, Birmingham, the East Midlands, Leeds and Manchester, began last year, with the first services planned for 2026.