HS2 has revealed the shortlisted firms in the running to design, build and maintain nearly 300 lifts and escalators at HS2’s four new stations on the first phase of the route.

Five bidders have been invited to tender for two separate packages covering lifts and escalators at Birmingham Curzon Street and Interchange as well as Euston and Old Oak Common in London. 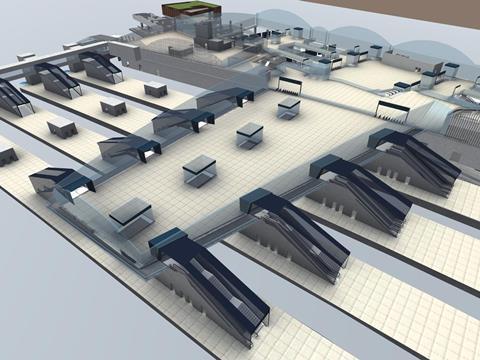 Fujitec, Kone, Otis, Schindler and Thyssenkrupp Elevator have all been shortlisted.

Around 160 lifts and 130 escalators will be installed across the project.

The contract is divided into two separate packages for lifts worth up to £267m and escalators worth up to £198m, with the winners appointed to frameworks.

Winners are expected to be appointed next year and the value includes maintenance for 20 years.

The longest escalators will be at Old Oak Common, in west London, which will take passengers 13.5m up from the subsurface platforms to concourse level.

In total, the new station – where HS2 meets Crossrail services to Heathrow Airport and London’s West End – will boast more than 50 lifts and escalators.