New body was originally expected to include local authorities, fire and rescue services 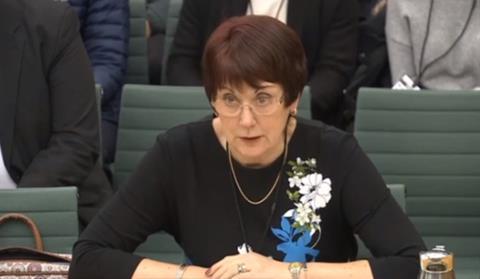 The government’s new building safety regulator is to be entirely run by the Health and Safety Executive.

Previous plans suggested that it would be overseen jointly by the HSE and local authority building control with fire and rescue services.

On Monday housing secretary Robert Jenrick announced that work to set up the regulator would begin immediately, with the body expected to be up and running in shadow form within weeks.

Former HSE chair Judith Hackitt (pictured), who wrote the 2018 review of fire safety regulation in the wake of the Grenfell Tower fire, has been asked to chair a board overseeing the set up, transition and running of the regulator once  legislation has been passed.

However, Hackitt’s 2018 report had called for a “joint competency authority” made up of the HSE, local authority building control and local fire and rescue services to run a regulatory regime for high-risk residential buildings.

The government, in response to Hackitt’s report in June last year, made clear that it was looking to set up a building safety regulator to take on this function and oversee a competence regime for professionals. However, it did not say what form it would take.

Following Jenrick’s statement, a spokesman for the housing ministry said the building safety regulator would be wholly established within the HSE and would not – as originally envisaged – be controlled by building control and fire and rescue services.

The spokesman said the regulator would still aim to deliver its service “through existing local regulators, notably local authority building control teams and fire and rescue authorities”. These bodies would be used to undertake inspections and checks of buildings.

Early priorities will include appointing a chief inspector of buildings and playing a prominent role in the government’s building safety programme.

Legislation to give the regulator its formal powers is expected this year, but the exact timing will be confirmed “in due course”.

The news comes after Jenrick announced a series of measures to improve the safety of high-rise buildings after the fire at Grenfell Tower in June 2017. The public inquiry into the blaze recommences next Monday.

Jenrick faced heavy criticism this week over the government’s perceived slowness to improve regulation and safety after the fire. Shadow housing secretary John Healey said on Monday: “I never thought that, two and a half years later, I would be standing here facing a secretary of state—the third secretary of state—who still cannot say that all the necessary action has been taken and that a fire like Grenfell cannot happen again in Britain.”