BUJ Architects and Ash Sakula Architects have won planning permission for a huge mixed-use development near the Olympic Park that falls under the remit of the London Legacy Development Corporation.

The practices’ Wickside project will deliver 475 homes and 300 jobs on a 2.9ha former waste transfer site at Hackney Wick. The development will deliver 39 new buildings of up to eight storeys in height, including a craft brewery, a foundry, an art gallery, a food quarter and a canalside park.

Located to the north of the Hertford Union Canal, between the Eastway urban motorway and the River Lea Navigation, the scheme was drawn up for site owners McGrath Bros, Galliard Homes and construction and development firm O’Shea.

Material Architects worked with Ash Sakula on its elements of the scheme. 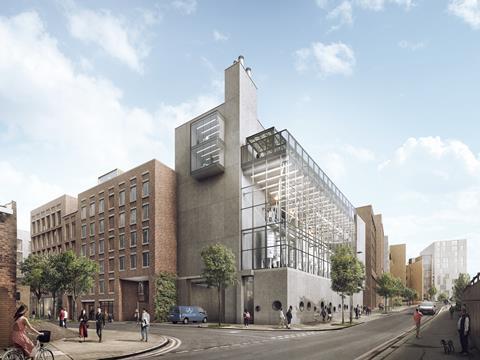