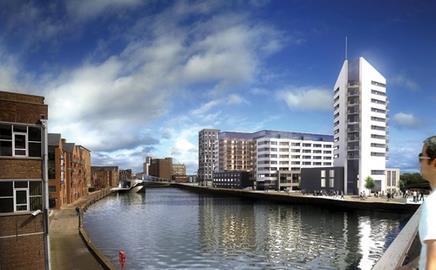 Designs for a £100m regeneration scheme in Hull have been unanimously rejected by the city council’s planning committee.

The 6.75 acre scheme, known as The Boom, was criticised for “looking like Legoland” and “lacking flair” by councillors after designs were submitted by local development consortium Pure Urban. Chetwood Associates is the architect on the scheme.

The rejection is the latest blow to development in the city, which was one of the areas worst affected by the summer flooding.

The project, which was a response to a city-centre plan from urban regeneration company Hull Citybuild, would have included nine apartment blocks next to the river Hull.

It had been in the pipeline for five years and had already received outline planning permission and £9.3m in provisional funding from English Partnerships.

The council said: “Overall, the design was not of sufficient quality and was neither aspirational or inspirational enough for what is a key site in the city’s regeneration.”

John Haymes, development director at Hull Citybuild, said: “We were obviously surprised by the decision. All we can say is that we’re going to work with the developers and planners to get a satisfactory solution. I think it is more of a blip than a catastrophe.”

He added that plans for a £4m footbridge to connect The Boom to the city centre, which already has planning approval, were on hold until the future of the development was clear.

Chetwood said the firm was working on a redesign, but could not give a timescale for completion.