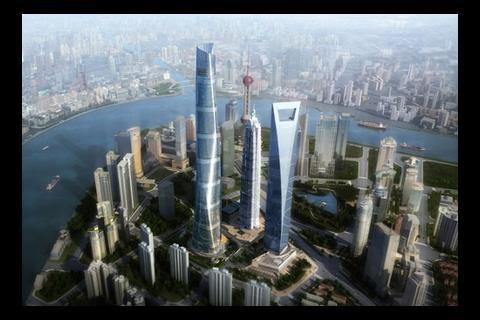 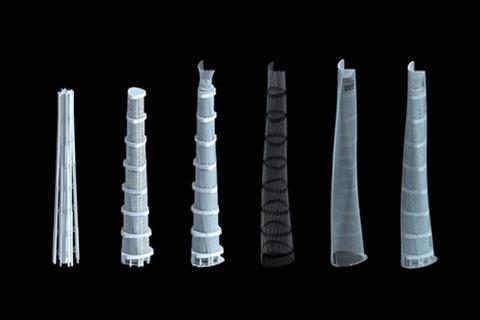 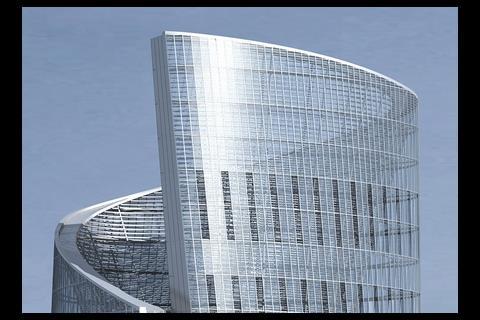 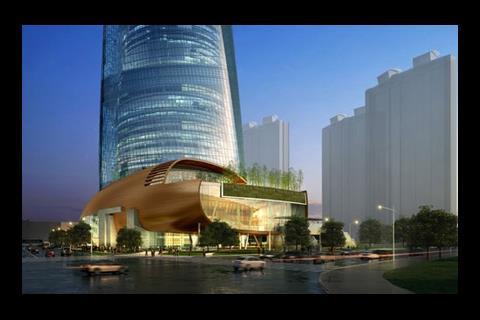 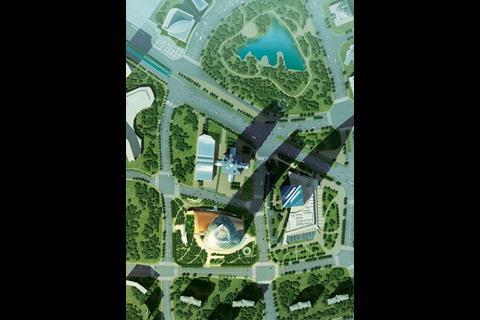 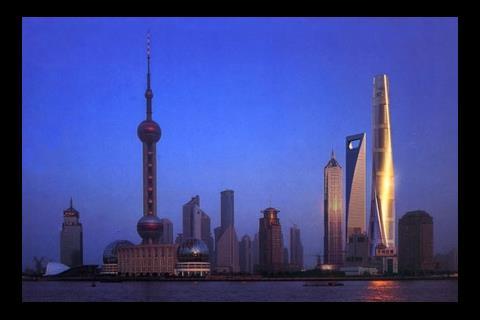 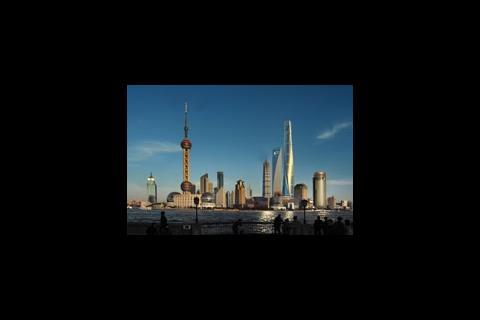 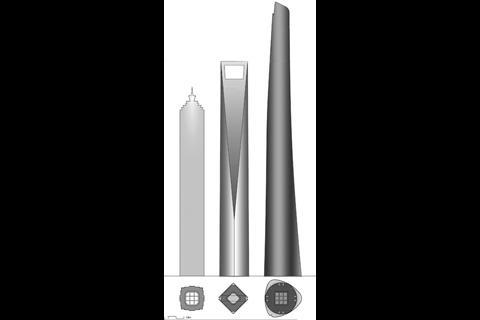 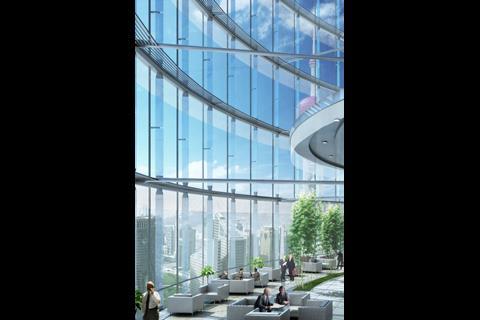 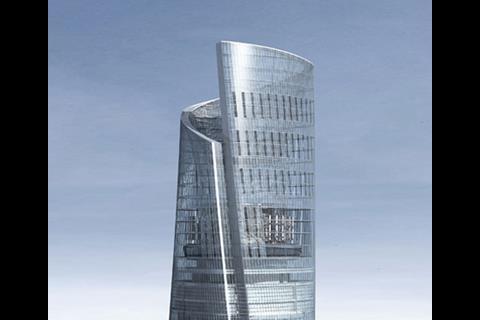 The tower's outer sheathing takes the shape of a spiral, the Chinese symbol of the cosmos adopted by Gensler to express “China's connection with the world space and time”. But the main accommodation of financial offices and luxury hotel are contained within a cylindrical inner tower, leaving wide amenity zones between the two facades for restaurants, cafes, shops and sky gardens.

In addition, the tower culminates in an open coronet that collects rainwater for recycling and conceals 54 vertical-axis wind turbines that can generate 540,000kW/h of green power each year.

The tower was designed in association with Tongji University's Architectural Design and Research Institute. Completion is planned for 2014.