Design inspired by the nearby New Forest

AL_A has unveiled images of a Maggie’s cancer care centre it has designed for Southampton General Hospital.

Amanda Levete’s practice described the centre, which opens this month, as a “woodland oasis”.

Almost three quarters of the site has been used to create four gardens which are intended to reflect the ecology of the nearby New Forest.

Levete said: “We have imagined that a piece of garden has been transported from the New Forest into the midst of the hospital’s car park, bringing serenity and a bit of magic to the place.” 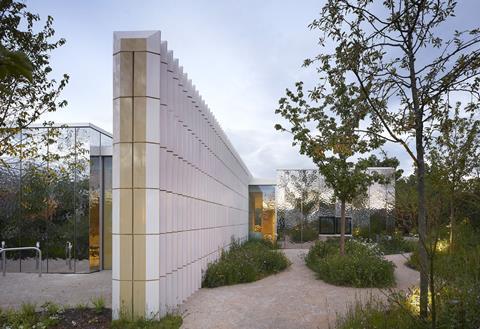 The centre will open later this month

Four ceramic walls radiating out from the main building divide the gardens, while mottled stainless steel panels which clad the exterior of the building provide distorted reflections of the surrounding greenery.

Landscape designer Sarah Price, who co-designed the 2012 Gardens at the Olympic Park in London, said the gardens are planted with native New Forest species including wood anemones, orchids, wild garlic, mosses and ferns. 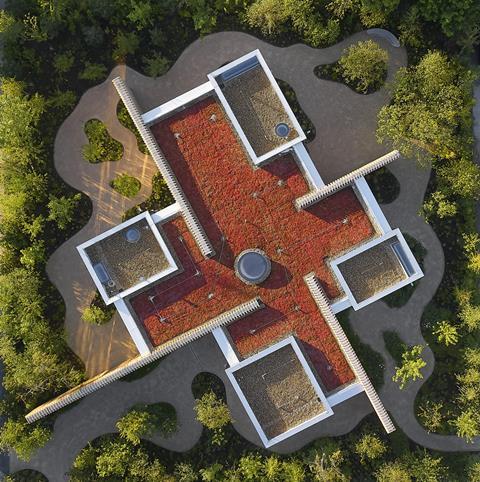 Like all Maggie’s centres, it is designed with a kitchen table beneath a skylight at its heart.

Leading off from the central space is a series of private areas, consulting rooms and quiet spaces which open onto the gardens through full-height glazed doors. 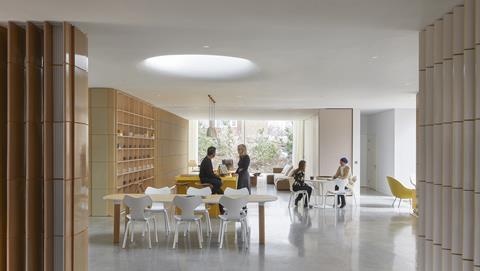 Like all Maggie’s centres, the building is designed around a central space containing a kitchen table and a skylight

Maggie’s chief executive Laura Lee said AL_A had “interpreted our brief beautifully and their exacting attention to detail has created a stunning building with large windows that flood the centre with natural light”. 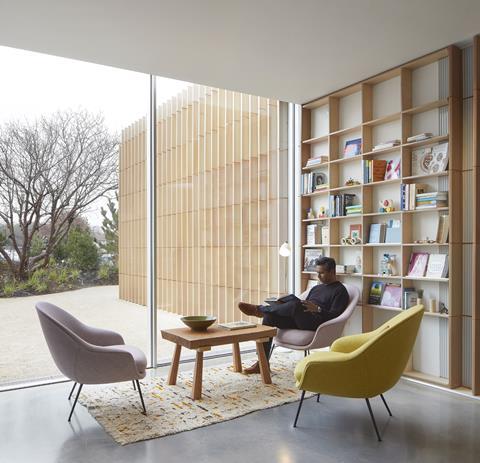 Last month, AL_A was revealed as the architect behind a demonstration nuclear fusion power plant which will be built in Oxfordshire. 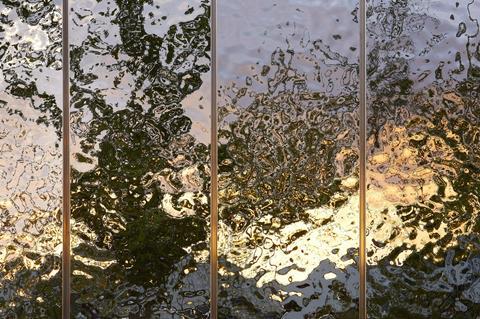