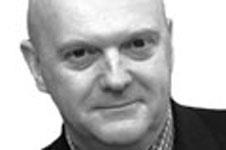 The Construction Industry Council (CIC) has called for more support for professional services within construction, after new research revealed the fall-out for the sector would be felt for several years.

Data from the CIC and ConstructionSkills suggested that 46% of construction professional services (CPS) firms had made redundancies. Of 300 practices surveyed, 54% of firms have seen decreases in their fee incomes in the 12 months to October 2009.

About 46% of respondents have cut back on the recruitment of graduates and newly qualified staff.

The CIC said the research showed there was a significant level of “underemployment” among construction professionals at present. By 2012, employment is still projected to be 10% below its 2008 peak.

Graham Watts, chief executive of the CIC, said: "We face the immediate prospect of losing many qualified construction professionals who will leave to find work elsewhere, leaving us with a hole that cannot be filled in a few years' time. The industry lost half a million people in the last recession and we spent the next 18 years bemoaning the lack of capacity that this void created.

“How foolish to allow history to repeat itself,” he added.