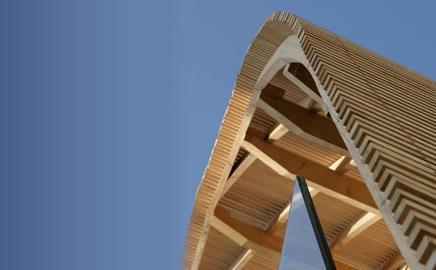 There is broad industry support for making new homes zero carbon by 2016, a government consultation has shown.

Sixty-one per cent of those consulted agreed that all new homes should receive a rating against the Code for Sustainable Homes from April 2008.

The assessments will be made using the Code for Sustainable Homes. Currently, only homes built using English Partnerships and Housing Corporation funding are obliged to be assessed against the code.

Joanna Key, the official in charge of climate change and sustainable building at the communities department, said the final policy statement on zero-carbon housing and a more detailed consultation on whether to make a code assessment compulsory would be out this summer. She also said that recommendations on changes to Building Regulations in 2010 would be included.

The department presented the results of its Building a Greener Future consultation last week at a conference called The Cost of Going Zero Carbon, hosted by Building.

Speaking at the conference, Yolande Barnes, director of research at Savills, said developers faced a challenge maintaining their margins when delivering zero-carbon housing.

She said house values were increasing slower than build costs. She added that apartments were a particular problem as prices have remained static for the past two years.

Thirty-eight per cent of consultees said they would prefer national standards to allowing councils to drive up standards locally. They claimed that local authorities did not have the technical skills or resources to do this and that it would raise costs.

The report can be found at www.communities.gov.uk