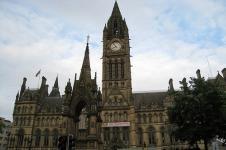 Ground-breaking plans to use public-sector pension funds to develop more than 240 new homes in Greater Manchester have taken another step forward.

Manchester City Council, the Greater Manchester Pension Fund (GMPF), and the Homes & Communities Agency (HCA) have this week signed a memorandum of understanding paving the way for the scheme.

In February Building reported that the city council had agreed to support proposals that would see it contribute development land to the deal, while GMPF would contribute some £25m in equity investment in return for 80% of the revenue generated from market rents and house sales.

This week’s agreement confirms that Manchester City Council would contribute four of the development sites while the HCA would provide a fifth, and that the partnership will choose a contractor to build the homes and a manager for the rented properties.

An appointment of the contractor is expected towards the end of this year or in early 2013 for construction to start in around 12 months time.

The city council said that as it would be taking an equity share in the properties, they could potentially be offered to buyers for 20% below market rates.

Deputy leader Jim Battle said the new model would help meet the demand for new homes at a time when home building had slowed.

“This new innovative model tackles these issues, pushing forward development opportunities while ensuring a supply of new attractive homes are available to residents at affordable prices,” he said.

“This new concept marks a major milestone for house building in Manchester and has the potential to attract major investment to the city,” she said.

Land in Chorlton Park, Ardwick, Gorton North and two sites in Brooklands have been earmarked for the new homes.

GVA is advising the partnership on the scheme.