Interserve and Chinese contractor off One Nine Elms 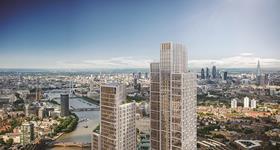 One Nine Elms developer Wanda One has said it is looking for a new contractor on the £1bn scheme after ending its deal with Interserve and China State Construction Engineering Corporation.

The developer, the UK subsidiary of China’s Dalian Wanda Group, added that it expects to appoint a main contractor in the third quarter of this year on the twin tower scheme.

Wanda One director Tim Gawthorn said: “Following detailed negotiations we have been unable to reach agreement with CI-One and have decided that the best course of action is to return to the market and re-tender for the main contractor appointment.”

Balfour Beatty and Brookfield Multiplex are understood to be in the running to pick up the contract on the 45 and 60 storey tower scheme, which will incorporate 439 homes and a five-star hotel.

Balfour Beatty is already working on One Nine Elms carrying out substructure work, while Brookfield Multiplex is working on a Dalian Wanda development on Australia’s Gold Coast.

The Interserve team surprised the market in 2015 when it pipped rival shortlisted bidders Mace and a separate CSCEC joint venture with Atkins for the job.

Dalian Wanda’s UK development director Peter Amato left later that year, in a move Building revealed was understood partly to be prompted by the decision not to pick Mace for the job.

A CI-One spokesman said: “CI-One Construction and Wanda One (UK) Ltd have continued to work in a positive manner to conclude outstanding matters to reach contract award on this scheme. Unfortunately we have failed to reach agreement and the client has chosen to pursue a re-tender.

“CI-One has confirmed that we will not participate in the re-tender process. We wish Wanda One well with the project and will continue to support them whilst outstanding matters are concluded.”

Balfour Beatty and Brookfield Multiplex both declined to comment.