Interserve hands over another EfW plant 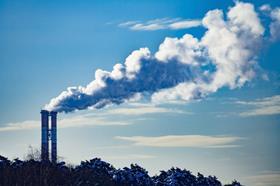 Interserve has disposed of another problem job as it hands over an energy-from-waste plant in Rotherham two years after its original due date.

It follows the completion of an EfW plant in Dunbar in January, leaving the contractor with just two remaining jobs in a sector which has cost it hundreds of millions of pounds.

The firm first said it was trying to quit the energy-from-waste sector in August 2016.

Chris Tyerman, director for infrastructure at Interserve, acknowledged the completion was a “further important milestone” for the firm, which last month reported a pre-tax loss of £111m for 2018.

Interserve and its JV partner Renewi continue their fight to complete an incinerator in Derby, which was due to be handed over in February March 2017 and has been in a commissioning phase since January 2018.

Another scheme with Babcock & Wilcox, in Margam, south Wales, also remains incomplete almost two years after its due date.

On 15 March Interserve’s shareholders will vote on the management’s agreement with banks to trade debt £435m of debt for 95% equity in the company.