Four-building scheme will feature over 700 apartments 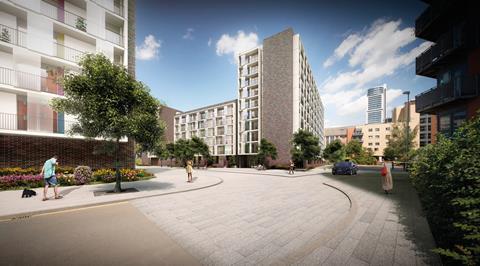 Interserve has won a contract worth more than £70m to design and build a residential development comprising 744 rented apartments in Leeds.

The four-building scheme, for private developer Dandara, will feature one, two and three bedroom apartments and a number of studio-style flats.

Landscaped areas, basement car parking, access control and a dedicated area for concierge and management services will also be provided.

Work on the site, located on the south side of Leeds’ city centre, has already started and completion is expected in June 2019.

Last week Interserve, which last month issued a profit warning after admitting the cost of quitting the energy from waste sector would now be more than £160m it had previously said, announced a consortium led by the firm had secured an £85m deal to design, build and operate new facilities for Durham University.