Mark Whiteling joins troubled contractor at the beginning of next month 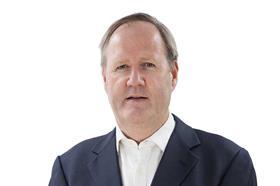 The embattled contractor and support services firm, which last week shocked the City with a profit warning and the admission from new chief executive Debbie White that the £160m set aside by her predecessor to cover the cost of quitting its botched foray into the energy from waste market will go up, said Whiteling will start at the beginning of next month.

Whiteling (pictured) has been a non-executive director of travel agent Hogg Robinson Group since December 2014 and newspaper distributor Connect Group since last month.

Interserve chairman Glyn Baker said that Whiteling’s appointment “is the next step in strengthening our top team to lead the transformation” of the company.

An accountant by background, he began his career at Coopers and Lybrand in New Zealand – one half of the company that merged to form professional services company PricewateerhouseCoopers in 1998. He also held deputy and interim chief executive and CFO roles at technology distributor Premier Farnell over four-a-and-half years.

His Linkedin page says he is an “ex CEO and CFO looking for a position to complement existing NED roles”. A company spokesperson said his last permanent role was in June last year and has been a non-executive since.

Whiteling replaces group finance director and head of sustainability Tim Haywood, who will leave the business in November after seven years.