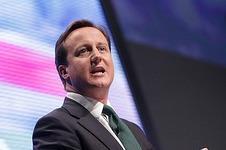 The Chartered Institute of Building (CIOB) has called on the new coalition government to “build the UK’s future and invest in construction”.

After five days of political wrangling, it was finally announced yesterday evening that David Cameron was the new prime minister, with Nick Clegg taking on the role of his deputy in a Conservative/Lib Dem coalition.

Today Chris Blythe, the chief executive of the CIOB, urged the new government to push ahead with a sustained programme of national investment. Adding that the physical infrastructure of the UK “underpins the entire economic and social infrastructure”.