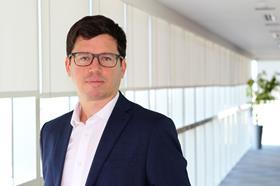 ISG has appointed Scott McCulloch to head up its operations in the Middle East.

McCulloch (pictured) has been promoted to general manager in ISG’s Middle East business from his previous role as commercial director, which he has held since 2012.

ISG’s Middle East business has recently landed big jobs in both Abu Dhabi and Dubai, including several large office fit-out projects that were secured for government and international organisations.

New projects have also been secured in the hospitality and leisure sectors, including high-end restaurant schemes at the W Dubai hotel on The Palm.

McCulloch will report directly to Ramsden in his new role.