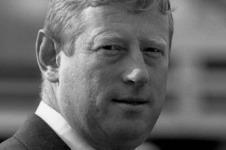 James Wates has been announced as the new chairman of the CITB Constructionskills board, Building has learned.

According to sources close to the sector skills council, he will replace Sir Michael Latham, who will step down in March after eight years in the role.

The hunt for the two-day a week position was led by the secretary of state for business, innovation and skills.

Kevin Brennan MP informed the deputy chairman of Wates of the news in a letter dated 29 January. He said: “You have already made a significant contribution to the CITB Constructionskills board as a board member.

I am therefore sure that your knowledge of the industry, considerable experience of interfacing with government and public policy and your excellent leadership skills will be invaluable and you will enhance the Constructionskills board.”