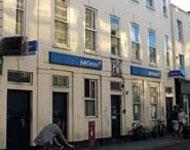 JCB has announced its intention to axe 500 manufacturing jobs in the UK, in the first wave of redundancies to hit the construction plant sector.

The excavator manufacturer said it had been hit by a “rapid decline” in business, with its forecast production schedule for the year down by 20%.

The redundancies will come from JCB's 11 factories in Staffordshire, Wrexham and Derbyshire. The firm said that some office-based staff will also lose their jobs.

Matthew Taylor, the group's chief executive, said: “Our products are used mostly in the construction sector, which has been badly affected by the global credit crisis and rising raw material costs.”

The firm admitted it does not expect to see a recovery in fortunes until next year at the earliest.