The 20 largest cities in the UK have been asked to up their housing targets by 35% in the government’s much publicised U-turn on its formula to calculate housing need.

Under the details of the revised proposal, finally published yesterday afternoon, the housing ministry said it was completely abandoning the proposed revision of the “standard method” used to calculate housing need, which has been so controversial with Tory MPs. 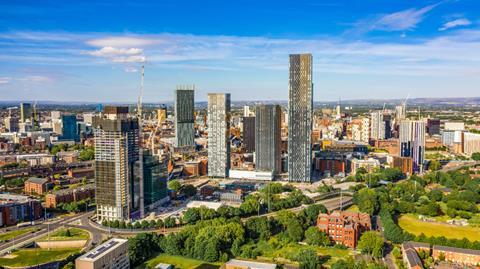 The original proposal would have increased housing numbers sharply in high value rural areas, while delivery of homes would potentially slow in cities across the North and Midlands. Although the government announced the backtrack yesterday morning, alongside slew of new policies designed to focus investment outside London and the South-east, it did not release the detail of the policy until later that day.

The details confirmed that for most areas the government now plans to simply stick with the existing formula, which is based on 2014 population projections – despite previously admitting it was inadequate because the numbers produced fell a long way below the government’s 300,000 homes a year target.

In order to make the existing formula produce a higher number, while focusing housebuilding in cities, the government is now proposing that England’s 20 largest cities plan for 35% more homes than the standard method produces.

This means that all Greater London authorities and the councils with the largest proportion of the 19 other largest English cities, will all have to calculate housing need using the existing method, and then add a 35% surplus to it.

The housing need figure generated by the formula is not a binding target for local authorities to hit, however, they have to use it as the starting point in their plan-making and demonstrate a strong justification – such as the presence of green belt – for planning for fewer homes than the number given.

The number also acts as a default housing target for those local authorities with out-of-date plans.

The change will generate a housing need in a number of cities far beyond their current local plan numbers, as many cities have plans which do not yet reflect the existing standard method formula. The new uplift generates a number of 3,196 homes a year in Bristol, for example, 142% above its current local plan target, with Manchester’s 3,527 figure representing a staggering 263% above its existing plan.

In only one city – Kingston Upon Hull – is the number generated lower than the existing housing requirement in its local plan.

The size of a council’s housing target is of vital importance to local authorities because they have to demonstrate five years’ worth of viable housing sites to meet the target – without which they are subject to speculative applications under the presumption in favour of development.

The housing ministry said the rationale for the change was “to ensure consistency with the government’s manifesto commitment to deliver 300,000 homes per year by the mid 2020s.

The ministry also said that housing delivery is expected to be met by the cities and urban centres themselves, rather than their surrounding areas.

However, given that many cities, such as London, Birmingham and Bristol, are already unable to meet existing planned demand, Matthew Spry, senior director at planning consultant Lichfields, said: “With some exceptions, this may simply mean the new method will pile up need into cities that do not realistically have the urban capacity to meet it.”

The government said it had decided to retain the existing system for most areas, in order to provide “stability and certainty for plan-making and decision-making, so that local areas can get on and plan based on a method and level of ambition that they are familiar with.”

Announcing the change yesterday, housing secretary Robert Jenrick said the government wanted to use housing to push private investment in to cities in the Midlands and the North. He said the covid-19 pandemic had created “a generational opportunity for the repurposing of offices and retail as housing and for urban renewal.”

“We want this to be an opportunity for a new trajectory for our major cities – one which helps to forge a new country beyond covid - which is more beautiful, healthier, more prosperous, more neighbourly and where more people have the security and dignity of a home of their own.”

Tory MPs had claimed the original proposals contradicted the prime minister’s stated desire to “level up” the country, with former PM Theresa May describing them as “mechanistic and ill-conceived”.