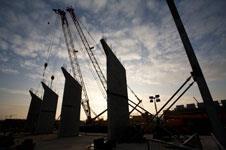 Jeremy Hunt, who was Conservative shadow culture secretary, has been appointed culture, Olympics, media and sport secretary, while Hugh Robertson, who was shadow Olympics and sports minister, becomes Olympics minister.

Hunt has a larger portfolio than his predecessor Ben Bradshaw, who was solely responsible for the Olympics as a second minister, while Robertson replaces Tessa Jowell, whom he has shadowed since London won the Games in 2004.