John Laing sold to US equity firm in £2bn deal

US private-equity firm Kohlberg Kravis Roberts has agreed to buy infrastructure investor John Laing in a deal valued at about £2bn.

The takeover values the listed company at 403p a share - a 27% premium on the closing price of its stock on 5 May.

This was the day before it confirmed it was in talks with KKR. 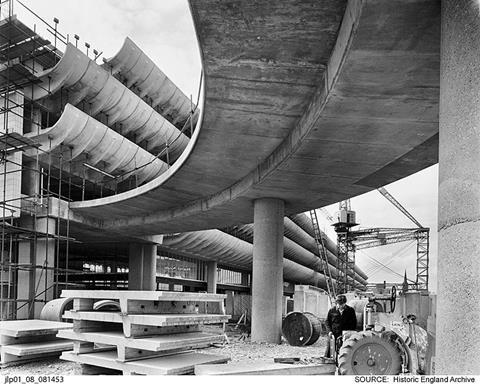 John Laing, which was first listed in 1953 but sold its building business in 2000, has invested in more than 150 projects and businesses across a range of sectors including transport and energy.

The firm’s board has said it intends to unanimously recommend the offer to its shareholders to take the firm private, saying they ”consider the terms of the acquisition to be fair and reasonable”.

KKR has also proposed a £175m cash injection into John Laing’s pension fund, accompanied by a further £50m in 18 months.

Immediately following completion of the acquisition, Equitix will acquire a 50% shareholding in the existing asset portfolio, which will continue to be managed by John Laing’s management team.

“There is growing global demand for national infrastructure which delivers societal benefit and reflects technological advances and policy priorities across areas such as connectivity, renewable energy and transport.

“Under private ownership and with flexible access to capital, John Laing can take a longer-term view as an owner and operator of assets during the next phase of its growth.”

The present John Laing business was created after the original construction company nearly collapsed in the early 2000s.

John Laing expanded rapidly in the late 1990s, such that for the year ended 31 December 2001 its turnover was in excess of £1bn.

Following significant losses on certain construction contracts, particularly the Cardiff Millennium Stadium, the firm cut 800 jobs and in 2001 disposed of its construction division to Ray O’Rourke for £1 - leading to the creation of the country’s biggest private contractor Laing O’Rourke.

Laing’s property developments divisions were sold to Kier Group in 2002, and its housebuilding arm was sold to George Wimpey that same year.

The firm then focused instead on its PPP and PFI activities, before they fell out of favour in the UK, and floated on the stock exchange in 2015.

It is currently involved in backing a number of UK projects including Alder Hey Children’s Hospital in Liverpool and a retirement project with McCarthy & Stone.

John Laing’s history: The name that eclipsed all others