Housebuilder set to build more than 4,000 units as it reports profit up by 22% 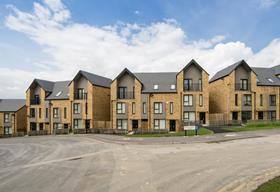 Reporting record annual turnover for last year, Keepmoat said it hopes to build more than 4,000 homes in the next 12 months.

James Thomson, Keepmoat’s chief executive, said that following the sale of its regeneration arm to Engie last year the firm was now focusing entirely on its housebuilding activities, including modular construction.

Thomson said Ilke Homes, the group’s joint venture with Elliott Modular Buildings, had delivered two homes at its Carr development in Doncaster using modern construction methods and it had a “healthy pipeline” of such projects lined up with the partnership.

And more than 80% of Keepmoat’s housing schemes were on brownfield land, Thomson added, welcoming what he called “an increasingly sophisticated approach to brownfield development” from local authorities across the UK.

Nearly a third of its homes were sold to registered providers and the private rented sector, the group said.