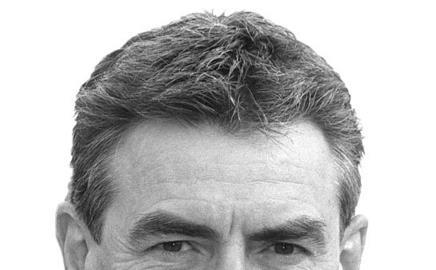 Keith Miller said a row between himself and rebel family shareholders in Miller Group had damaged the reputation of the family and its company.

He said: “We’re hugely disappointed that this has been taken into the public arena. It has damaged our family reputation. It is damaging to our business.”

The chief executive of Miller Group spoke out to Building after it emerged that a group of his relatives want to sell their stakes to outside investors in a deal that could value the company at £1.2bn.

James Miller, Keith’s cousin and a former chairman of the firm, is leading a group of family shareholders called the Aligned Shareholder Group (ASG). They want to sell their stakes in the Edinburgh firm and end more than 70 years of family ownership.

The group holds 60% of the stock, and has appointed Ernst & Young to review its options.

Keith Miller, who owns a 17% stake, remained adamant this week that the group would not fall into outside hands. He said that under the firm’s covenants it was impossible to sell without wider shareholder support.

He made an offer to buy part of the rebel shareholders’ stake some weeks ago. A source close to the ASG said Miller offered about £132m for half of its holding.

The £20 a share offer, which the source said was a 20% increase on the internal share price, values ASG’s stake at £264m.

Miller declined to comment on the sums but confirmed that “a proposition” had been put to the ASG some weeks ago, although it expired earlier this month.

Commenting on his cousin’s role in the affair, Miller said: “It’s very disappointing that a former chairman, one who set up the employee share ownership scheme and created the mechanism that allowed family shareholders to sell their shares, is involved in this. It’s odd that he has now changed his mind.”

We will get this resolved, that’s what families do – maybe over dinner

Miller remains confident he will be able to secure a deal that will ensure the company remains privately owned.

He said: “We’ll get this resolved, that’s what families do – maybe around the dinner table. But it’s been a complete distraction.”

Miller insisted that under the company’s articles, established in 1934, the rebel family members did not have the required 75% of shareholder support necessary to sell to an outside investor.

Miller said these shareholders “do not want the status of the company to change”.

He said: “It’s clearly a pricing issue. Their view [ASG] is ahead of the internal market and Ernst & Young is supporting them. Eventually they will draw a blank. The market is tough now, their timing is way off.”

Most City analysts believe a private equity bid is unlikely in the current financial market. But ASG said it had had “an encouraging response” from investors and was still considering Miller’s buyback offer.

One City source said: “It’s tragic, really. These family members inherited their shares and have sat on their rear ends enjoying good dividends while Keith

Miller worked to build the company up. Now, having done nothing to help the business, they’re wielding the dagger to cash in on his sweat.”

Miller Group: How ownership breaks down

The £1.2bn-turnover Miller Group operates a complex internal share market, established by James Miller, which allows family members to sell their shares to the board. The firm’s merchant bank, Noble Grossart, sets a share price once a year, based on the group’s earnings and performance relative to its rivals, and shares can be traded internally at that price.

At present Keith Miller owns 17% of the firm, his immediate family owns 8%, employees own 11% and the Aligned Shareholder Group, led by James Miller, has 60%.

The history of Miller Group can be read at www.building.co.uk/archive